Hi Friends,
The tide of change keeps turning! We spent most of 2021 picking up the pieces from 2020 and coming face to face with an unprecedented new reality that reshaped how we live our lives. In 2022, we will experience more growth collectively, as well as at a personal level. This is the time to allow ourselves to dream big and make things happen!

2022 is a time that will bring spirituality and partnerships to the forefront thanks to Jupiter, the planet that rules expansion and good luck, beginning the New Year in starry-eyed Pisces. Since Jupiter is the traditional ruler of Pisces, we will find it easy to travel through this realm as it meets Uranus on February 17. This planetary alignment makes us eager for positive changes. The planetary hookup will create the opportunity for us to make necessary shifts in our lives, and we may find ourselves receiving unexpected opportunities as well.

Both Neptune and Jupiter have been lingering in Pisces and both planets are modern rulers of Pisces. With both planets in Pisces, we can imagine a new world filled with universal love, compassion, and understanding. Jupiter and Neptune will conjunct on April 12, forming a powerful spiritual union. Although this is a great time for philosophical and spiritual self-development, it is not a great time for business or other practical matters. 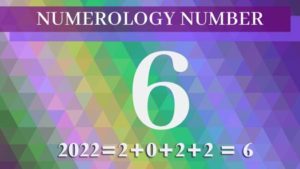 And speaking of love and compassion, 2022 is a 6 Year in Numerology (2+0+2+2 =6). Numerologist Christine DeLorey writes:
“In the 6 Year, you will want to become more self-reliant and secure, and to establish your ‘place’ in the world. You may also have to focus on the needs of someone else, and find a way to balance their circumstances with your own. Adjustments and sacrifices may have to be made. In most cases, the best way to help others is by letting them be responsible for themselves. Other cases will require an unusual level of patience, compassion, and understanding. You may also have to reconsider ideas and beliefs that are no longer appropriate to these times or to your unique situation. There is no need to enslave yourself to the needs of others if you are responding with love. But if your responses come from guilt or the fear that guilt produces, you could be in for a bumpy ride.

The 6 Year emphasizes love and matters of the heart including marriage, family, children, parents, close friends, duty, the home, healing, education, security, peace, and creativity. Both the pleasures and the problems of your personal life will predominate. When love is your motivation, almost anything can be achieved. First, however, it may be necessary to learn the difference between love and control. Love and guilt. Love and fear. Love and attraction. Love and hate.”  To read more about 6 Numerology by Christine DeLorey click here

Continuing the theme of Love and relationships, we begin 2022 with Venus in retrograde in Capricorn until January 29, 2022. The planet of love and money started its backspin on December 19 2021 and will continue to backtrack until January 29 2022, in Capricorn. As Venus naturally moves in the opposite direction from Earth, this slowdown will cause us all to be more reflective on matters of the heart and money. This will lead to feelings of love sickness, low confidence, and financial strains as we enter 2022. Remember that it’s not all doom and gloom during Venus retrograde. A chance to get deeper might arise between two parties. It’s going to take some work though, but as long as everyone wants to invest the time and energy to make the partnership work, then it will be a rewarding experience.

Venus and action-oriented Mars link up several times 2022. These two planets will be traveling very closely the first few months of the year. When these two planets closely align in a sign, it sparks romance financial success or meeting the right person at the right time. We want to build our partnerships during this transit, plan dates and social events, and take charge of our finances.

The first occurrence is in Capricorn from February 12-16. The more powerful planet in this combination is Mars, because it’s exalted in Capricorn, which makes it powerful. We will want to make decisions about the future of partnerships and financial planning. Where do we see ourselves growing and evolving? Is the person we’re with “the one”? What’s the most lucrative way to invest your resources and time? All of these questions will be answered during transit.

The second Venus and Mars connection occurs from March 6-12 in the air sign Aquarius. This time around, we will be going with the flow. Decisions and commitments have been made, which is why this cosmic alliance is a moment of calm and appreciation for what we’ve achieved in the romantic and financial sector of our lives.

Another significant indicator of change and direction takes place this year; the Moon’s Nodes switch signs. The Nodes of Destiny shift into the Taurus-Scorpio axis on January 18 (they will stay on these signs for the next year and a half), allowing us to break down the walls that stand between us and others. 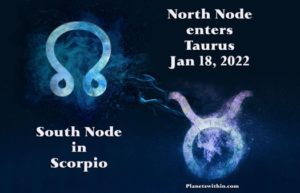 Just as the Earth rotates around the Sun, the Moon also spins around the Earth, twisting through space on its own elliptic orbit. The Moon slightly pivots as it twirls. The limits of the Moon’s rotations are referred to as the lunar nodes, and they correspond with the upper and lower edges of the Moon’s elliptic. Also, it just so happens that when the Moon aligns with these lunar nodes, it creates a perfect alignment with the Sun and Earth, resulting in solar and lunar eclipses.

The North Node will be in Taurus, which states what we are striving for in the New Year ahead. The time to merge into partnerships is now. Embrace pleasure and be indulgent. Also, creativity will soar. Areas related to the material side of life will be highlighted, things like money, possessions, values, food, and basic needs will be on our subconscious. On the other end the South Node will be in Scorpio, which asks us to release the need to use money, or manipulative tactics to get our way. We are focusing on materialism and what we can build on a tangible level.

This year we have a supercharged conjunct with Mars, Uranus and The North Node in Taurus. On July 31 these three interact with each other forcing significant change in direction. Uranus represents our intuitive abilities that spur invention. It is associated with progressiveness, objectivity, ingenuity and revolution. It is forever looking ahead and shuns tradition and instead celebrates originality and change. Mars works well with the idea of originality and change since Mars is a pioneering nonstop force for action.

The Moon’s Nodes are related to the subconscious, the domain of the Moon. Thus, the South Node represents subconscious motivations that stem from the past and to which there is an inner inclination to cling although they may no longer be relevant or appropriate to the individual’s situation and prospects, while the North Node represents conscious motivations relevant to the present and future, characterized by a desire to evolve on a psychological basis. With this major conjunction there may be a radical shift in the economy, politics, how we source food, and the environment. It’s also when the world moves towards the future. 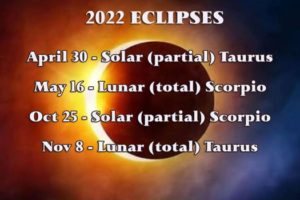 And speaking of the future, each year the Eclipses point in the direction we need to focus our attention. This year there are four eclipses also highlighting the signs of Taurus and Scorpio continuing to emphasize finances, food, resources, investments, and power structures. Eclipses are markers of time, as they bring matters to light and reveal things that we haven’t seen before. They require immediate action after they occur, making them indicators of important events. Solar eclipses are similar to potent new moons, while lunar eclipses are like intense full moons.

The first is a Solar Eclipse that will occur on April 30 in Taurus. This eclipse asks us to foster relationships, create more beauty in our lives, reinvent our belief systems, and find new ways of producing an income or resources. The second will be a Lunar Eclipse in Scorpio on May 16 which brings with it major transformation on a psychological level as well as physical. This eclipse is usually associated with endings or completions in some form. We may see very important changes to how we exchange values for each other during this lunation.

The third eclipse will be a Solar Eclipse on October 25 in Scorpio, which once again will urge us to change, transform, and evolve. This is the moment of growth that we’ve been waiting for. Finally, the last eclipse of the year will be a Lunar Eclipse on November 8 in Taurus pushing us to put our egos aside and to commit to who, what, and anything we love — no matter the cost. This eclipse also represents an ending or completion to something that has outlived its usefulness. 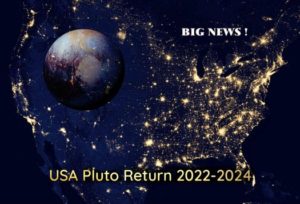 Another major astrological event takes place this year, the first Pluto Return for the USA. The States were born on the 4th of July 1776, at the signing of the Declaration of Independence. With a Cancer Sun, Aquarius Moon, and Sagittarius Ascendant, the USA has its natal Pluto in the 2nd house of finances and resources. This is telling for a nation that was built from scratch by people who wanted a different government and better lives for themselves. On February 19, 2022, Pluto will conjunct the country’s natal Pluto for the first time ever, marking a time of intense transformation in the areas represented by Capricorn (the government, institutions, rules, and regulations) and the 2nd house (the financial system, natural resources, values, and attitudes).

Pluto brings repressed material back to the conscious mind, so during these years, we’re confronted with the pain, abuse, and discrimination that has been piling up in the country’s collective unconscious for the last 247 years. History can no longer be silent, not when it comes to matters of land, property, resources (the 2nd house) linked to privilege, judgment, and power abuses (Capricorn). Many are now questioning the values that the country was built on, prompted by the explosive energy of Pluto, the planet that doesn’t accept any compromises.

Towards the end of the year there is a slowdown and inner reflection that takes place as Mars goes retrograde in Gemini. Mars retrograde occurs every two years. This fiery planet represents our drive, energy, passion, and the way we assert ourselves. When retrograde, the vibe will exhaust us, and make us more passive than usual. The retrograde commences in Gemini on October 30 and ends on January 12, 2023. Being that Mars retrograde is in Gemini, we won’t be using our words properly and opt to be less responsive to matters. Anxieties will be up and down, but we will be able to thrive if we choose our battles and the projects we take on wisely.

To See More on 2022 check out my video on YouTube; 2022 Year of Surprises & Innovations