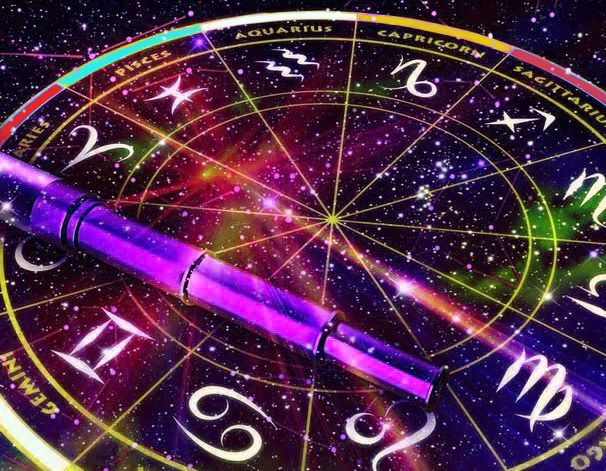 By now I’m sure you are all aware that this summer’s energy has had a strong grip on us, it seems to be holding us down and forcing us to look at every aspect of our lives. Make no mistake it’s a transformational force that just doesn’t feel very comfortable at times with lots of confusion and uncertainty. This is the summer of change as three powerful eclipses begin to revamp our thinking our emotions and our purpose. Last month’s Lunar Eclipse was all about endings, this month’s Solar Eclipse is all about beginnings, but unfortunately we begin this month with five planets in retrograde motion and by the middle of the month we’ll have six planets in retrograde motion making it difficult to move forward with our endeavors.

Since the start of the year the cosmos have been guiding us to take action and to start building up the life we desire. We have been working hard to create security and structure, and find balance with the current direction of our lives. But as soon as the summer began Mars (motivation) began its retrograde motion on June 26th forcing us to slow everything down. Retrograde energy is about moving within. It is about pausing, reflecting, and working on what is already in front of us rather than reaching for anything new. The Universe wants us to focus what is already on our plates and what we have already set in motion. In fact, trying to push ahead with so many planets in retrograde may make you feel that you are taking one step forward and two steps back.

August begins with Mars squaring Uranus on August 1st suggesting that we may be feeling more edgier than normal. I highly recommend not getting into any conflicts, arguments, or disagreements and being extra careful while driving. On August 6th the need to find balance improves as Venus enters her home sign of Libra. While Venus is in this sign that she rules, we’ll get to enjoy the true essence of elegance, refinement, and beauty. Libra is associated with justice, fairness, balance, and socialzing. Anything to do with the crudeness of confrontation is to be avoided at all costs. Libra is an air sign, so its energy is light and quick. When Venus, our goddess of love, is in Libra, she brings us a sense of peace and calm. She wants to make others happy and is more than willing to compromise, sometimes to her own detriment. It is easy to see the other person’s point of view while Venus is in Libra. It’s also easy to be charmed by a smooth talker. So be fair and be kind, but don’t give away the farm.

The need to be innovative and think outside the box returns as Uranus turns retrogrades on August 7th making this the sixth planet to move into retrograde motion. When Uranus is retrograde, chaos is often the order of the day as you can expect the unexpected. If you are shy you may find yourself at the center of attention, or if you are an extrovert you may find yourself hiding away. You may find your personality or behavior quite altered at this time, as your actions in the world oppose what others normally experience or expect of you. Take the opportunity during reversal to explore inwardly what freedom means to you and what you need to change to be this freedom. Intuition is heightened during this self-help psychological assessment and real ‘ah-ha’ moments are often the order of the day.

The third eclipse of the season occurs on August 11th as the New Moon Solar Eclipse occurs in the majestic sign of Leo. Openhearted Leo is a fire sign, which is about action and adventure, and the Leo New Moon is a time to take bold and exciting creative risks. However, with six planets retrograde and Mercury conjunct in this lunation the major themes of this eclipse will be thinking, contemplation, deliberation, discussion and debating. Challenging aspects to Jupiter and Pluto suggests internal conflict about ideas and beliefs and issues regarding power and control. Leo is also the ruler of the heart and spine. At a time when the world is filled with political unrest and bravado, it’s time for some true heroes to emerge—with plenty of “backbone” and a whole lot of love.

Our thinking begins to clear up as on August 18th when mental Mercury turns direct in Leo. We’re getting there! After spending some time rethinking our bold and grand ideas, we can now discover the missing pieces and know exactly what we need to do to get them into place. Just don’t let all that patting on the back go to your head. There will be plenty of work involved in making things happen as soon as Mercury moves into Virgo next month. Some more good news arrives the following day on August 19th, when a magical connection between Jupiter and Neptune ignites our compassion and spirituality. Jovial Jupiter will trine mystical Neptune encouraging hope, generosity and camaraderie. When these two planets favorably align there may be destined encounters with priests, gurus, psychics or teachers. Others may come to you for spiritual guidance or you can go it alone. Enlightenment can come through dreams, visions or meditation.

On August 22nd the radiant Sun will shine a spotlight on the meticulous sign of Virgo. As the Sun moves through Virgo, a mutable earth sign, our focus shifts to analyzing the details of our lives. We’ll need to understand all the little pieces of things and how they fit together. Virgo loves nothing better than solving puzzles, some meaningful, some just for the fun of it. Virgo is ruled by the flighty Mercury, but because of the earthiness of this sign, the thoughts and ideas are more down to earth. While the Sun is in Virgo, we become very practical. Yet Virgo is a mutable sign, so we can also be flexible and accepting of new ideas and better ways to think about things.

This month’s Full Moon will be on August 26th in the fantasy-prone sign of Pisces. A Pisces Full Moon is usually a magical time as we tap into other realms of consciousness; however, it also awakens our desire for closure on a deep soul level. As the zodiac’s last sign, Pisces is about endings and transitions. It’s time to surrender, wave the white flag, and accept the things we cannot change. Since full moons are like giant celestial spotlights, this one could beam into an area of life where you’ve been stuck or in denial. If you’ve ignored your intuition, your appetite, and your creative expression, this lunation will remind us to pay attention. Pisces is also a dual sign, which means we will experience some of life’s paradoxes.

And last but not least, we return back to the business at hand as Mars finally moves forward once again in Capricorn on August 27th. Mars has been retrograde since June 26th reminding us to take a deep long look at ourselves and what our purpose is in this world. Now that it’s moving forward we can begin to increase momentum and go after desires with some gusto.