Can you believe it? Here we are at the last month of 2022 and what a ride it’s been. As the month unfolds into the traditional holiday season we’ll be met with quite a bit of unsettling cosmic energy. December is arguably one of the most chaotic times of year, but also can feel like one of the most magical at the same time. The month starts off with both Mercury and Venus in outspoken Sagittarius squaring off against cloudy Neptune and magnified by Jupiter in sensitive Pisces, potentially making it tough to comprehend what’s real and what’s imagined. To add more fuel to the fire, retrograde Mars will also be opposing Venus making relationships a little more uncertain and volatile. And this will all take place days before the final full moon of the year in super-communicative Gemini.

It will be a tough month to brush unresolved issues under the rug, and that’s probably a good thing because many have been like little volcanos waiting to erupt. The good news though is once the Full Moon has passed, Venus moves into Capricorn bringing with it a more traditional grounding vibe, helping relationships, finances, values and aesthetics until the first few days of January. The beginning of the month does have some optimism though as the Sun continues to make its way through adventurous Sagittarius until December 21st. The mutable fire sign of Sagittarius, which is ruled by exuberant Jupiter, is capable of making even the most mundane moments a bit more entertaining.

Overall December will still be tremendously slow due to the final full month of Mars Retrograde and the arrival of yet another Mercury Retrograde cycle at the end of December. We can use this month to truly reflect on where we have been and what matters most to us. The year will end just as it began, with a major cycle of nostalgia and an opportunity to reunite us with the past. Take this moment and find gratitude in your heart for what you have and who is in your life that you value most.

We will find more of the gratitude and compassion on December 4th when Neptune finally moves direct in Pisces. Neptune is the planet of spirituality and transcendence—helping us to see beyond the physical and see deeper into ones soul. This powerful energy can be funneled in positive ways bringing us the greatest union of true love with a soul mate or inspiring a brilliant masterpiece. However, it can also cause a darker vibration to emerge within people, that of gas lighting, addictions, and deception. Now that Neptune is moving forward to heighten our intuition, listen to the voice inside of you and watch for messages from the Universe. It is subtly guiding us. Our soul’s purpose can be illuminated when you search for it through spiritual and creative means. 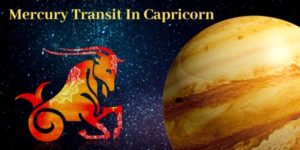 Late On December 6th, our thinking turns to serious matters as Mercury makes its way into calculating Capricorn. This is a time for somber contemplation. Mercury’s move into Capricorn signals a change of our thought process to one of getting down to business. Our minds begin to churn with ideas of how to make the world go around. And invariably, these ideas relate to finding the simplest, most practical way to do it. Capricorn is an earth sign and its energy is rather heavy, so you may find it hard for some of those ideas to actually sift through into words. They will though, if you give it some time. After all, there are so many pieces of the puzzle to fit together. And no one is better at coordinating the production of a major puzzle than Capricorn.

Our minds and our emotions will be on overload on December 7th when the Full Moon highlights the sign of Gemini. This Full Moon is about communication, attitude, and sense of adventure. Something has been building inside of us, and now is the time when the energy of the cosmos fairly demands that we let it out. Over the next two weeks, we will discover what this means for us. For now, we can’t sit on our feelings. We need to express them.

This Full Moon is widely square Neptune and tightly conjunct retrograde Mars in Gemini. It can be an especially revealing time as this lunation is likely to pull up unrest, resentment, and buried frustrations. There can be a real desire to master a situation, but too much confusion to do so for the time being. It’s a good idea to be open to possibilities while attempting to put aside those things that won’t serve us well if magnified.

Fortunately a few days later on December 9th, Venus, the planet of peace and tranquility, will change signs and move into practical Capricorn. Venus’s move into Capricorn brings with it an efficient, useful feeling. The sign Venus is traveling through describes what kind of things we like and what makes us feel comfortable. In Capricorn what makes us comfortable are things that are useful and functional. No extra frills. When it comes to expressing the love so deeply associated with Venus, Capricorn sees your willingness to help get some work done as the true meaning of love.

Capricorn is a cardinal earth sign, combining the desire to initiate things with the depth and breadth of the physical world. It deals with the running of business, of understanding how to make the cogs of the wheel go around and how to get them into the wheel so they will. It’s the sign of the Boss, the Manager, and the Leader. When Venus visits this sign she brings a softer touch to the management style. She talks softly but still carries a big stick. Venus in Capricorn is the ultimate Super Mom.

Our motivation and self-interests takes a turn for the better on December 20th when Jupiter makes its way back into aggressive Aries. Jupiter first entered Aries back on May 10, 2022 and stayed there until October 28th, amplifying more impulsive, competitive, and yes, occasionally forceful energy. Jupiter will continue to move through Aries until May 16, 2023.  Now that Jupiter is back in a more action-oriented sign it will cause a wave of confidence with a need to push ourselves to new ambitious heights.

On December 21st, The Sun’s ingress into diligent Capricorn will foster practical and professional energy. As the Sun moves into the cardinal earth sign of Capricorn, we feel the calming energy of the earth and the need to take care of business. During this month, we’ll feel the urge to get started on practical, heavy duty projects. This is a serious, no-frills kind of energy. A sense of being responsible and reliable fills the air. We become cautious and keenly aware of the need for safety and security. The sign of Capricorn relates to the process of managing things — businesses, projects, and people. It’s the director, putting all the pieces in the right places. The payoff is big if you do it right.

This cosmic energy is amplified even more on December 23rd when the New Moon will also highlight the sign of Capricorn. This lunation symbolizes a new beginning in the cardinal earth sign. It’s a time during which we can focus on some of the constructive traits of this sign; tenaciousness, resourceful, disciplined, wise, ambitious, prudent, and how to positively incorporate these qualities into our daily lives. Now, we can focus on practical and attainable long-term goals, work on developing maturity and common sense, prepare for the future, make commitments and recognize responsibilities, and nurture our dreams in a realistic manner.

With this potent Capricorn energy, we have the chance to create some serious order in our lives. It’s time to make some solid plans and to set the stage for reaping the rewards from our new beginnings, as little or big as they may be, in approximately two weeks’ time after the Full Moon occurs. A word of caution though as this lunation clashes with Jupiter, newly in Aries, there is some danger of overdoing or overestimating.

We’ll have more look at the past on December 29th as Mercury goes Retrograde in Capricorn.  The simplest, most practical way to make the world go around apparently needs a little more thought! We can expect to bump into a few walls when Mercury first turns retrograde in Capricorn, but give it a few days and we’ll start to see the errors in our plans. This is a good time to test our models and figure out what needs to be revised. After all, if we’re going to build a bridge, we need to make sure all the pillars will hold up the road way.