Hi Friends,
March is here and it’s full speed ahead this month. That’s because we have No Planets in retrograde motion and many favorable cosmic alignments to be grateful for. We also have the Spring Equinox (Northern Hemisphere) in March that will lend more excitement to the season. This is a time when the Sun begins to move higher and higher in the sky to its zenith point on June 21. The ancient cultures understood how important it was to track the Sun’s movement for planting and growing crops, warmer weather, and longer days and larger amounts of sunlight for better health.

Here is a list of some of the ancient Spring Festivals:
Egypt: The Festival of Isis was held in ancient Egypt as a celebration of spring and rebirth. Isis features prominently in the story of the resurrection of her lover, Osiris.

Iran: In Iran, the festival of No Ruz begins shortly before the vernal equinox. The phrase “No Ruz” actually means “new day,” and this is a time of hope and rebirth.

Ireland: In Ireland, St. Patrick’s Day is celebrated each year on March 17. St. Patrick is known as a symbol of Ireland, particularly around every March.

Italy: For the ancient Romans, the Feast of Cybele was a big deal every spring. Cybele was a mother goddess who was at the center of a Phrygian fertility cult, and eunuch priests performed mysterious rites in her honor.

Judaism: One of Judaism’s biggest festivals is Passover, which takes place in the middle of the Hebrew month of Nisan.

Russia: In Russia, the celebration of Maslenitsa is observed as a time of the return of light and warmth. This folk festival is celebrated about seven weeks before Easter.

Scotland (Lanark): In the area of Lanark, Scotland, the spring season is welcomed with Whuppity Scoorie, held on March 1. Children assemble in front of a local church at sunrise, and when the sun comes up, they race around the church waving paper balls around their heads.  To Read more about the Spring Festivals click here 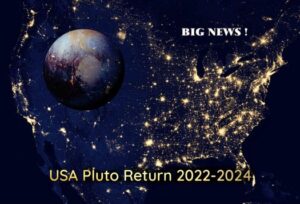 This month is truly a time of rebirth as the first ever Pluto Return is taking place in the United States. While all three exact hits of the United States’ Pluto Return will happen in 2022, the slow-moving nature of Pluto means that we are already experiencing it and we have been since 2008, when Pluto first moved into Capricorn.

At the time of the signing of the Declaration, Pluto was toward the end of Capricorn at 27 degrees, falling in the second house of resources and finances in the US chart. In this placement, Pluto describes a fixation or complexity that the United States has with economics, and a difficulty in relating to this topic with any kind of moderation. When it comes to money, the United States as an entity is likely to relate in compulsive ways and with a great deal of shadowy involvement, think Federal Reserve.

When Pluto comes back around, we will have to reconcile with the darker parts of our history. How money is made? Who has been controlling it? What has it been used for? As mentioned, the themes of this process of reviewing our own shadowy history began simmering when Pluto entered Capricorn in 2008 and the Great Recession popped the bubble on financial systems (housing market) that controlled vast sums of wealth, calling into question our banking systems. As I outlined in my 2022 Astrology Overview, this is no ordinary year, we will see many changes related to the financial system this year….stay tuned folks! 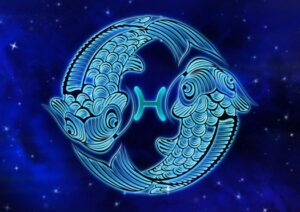 Fortunately, March will be a favorable month for getting things done. It all begins on March 2 with the New Moon in mystical Pisces. This New Moon in Pisces is a good time to commit to personal goals that express the positive energies of the sign of the Fish. These include taking a leap of faith, accepting imperfections in ourselves and in others as a different kind of “perfection,” starting a project that requires imagination and visualization skills, consciously putting time aside for peaceful and rejuvenating activities, and sharing a dream with another.

With this potent Pisces energy, we have the chance to make important changes in our lives. What makes this lunation special, warm, generous, and optimistic is its favorable alignments to Jupiter and Uranus. Both Jupiter and Uranus represent the future therefore there is a good chance that the veil will drop and we’ll catch a glimpse of forthcoming events. Also, all the planets are moving direct, contributing to a feeling of moving forward. Venus, Mars, and Pluto are closely conjunct at the time of this New Moon, adding a dynamic and creative element to the energies of our new beginnings. Relationships can be at the heart of our new beginnings, fueling our motivation to start fresh.

And speaking of Venus and Mars both will enter Aquarius on March 6. These two planets represent the manifesting force in astrology. When these two planets are so closely aligned, the sky is the limit. With Mars in the fixed air sign of Aquarius, we have speed and energy with the ability to comprehend a mountain of information. Because of that, it usually includes an absolute sense of being right. Much of the time that will be true, too, but we need to watch out for overconfidence in that regard. Although they’ll never admit it, even Aquarians can make mistakes!

Venus will be traveling close to its counterpart until mid-April. Venus enters Aquarius-After spending time with the business and reality of Capricorn, Venus is on the move again toward more fun and freedom now. Her move into Aquarius brings a lighter and perhaps somewhat rebellious feeling. She knows exactly what she wants here, and it isn’t anything stodgy! The tone for the time Venus spends in Aquarius is one of avant-garde beauty and the desire to bring fantastic new things into your life. This is a time when we can be independent and original without being abrasive about it.

Our imaginations are ignited on March 9 when Mercury enters Pisces. When the planet of reason moves into the watery sign of compassion and illusion the traditional methods of making decisions go out the door. In Pisces, the mental activity of Mercury moves into a completely different realm — the world of fantasy and dreams.

Whatever your own method of mental reasoning is, you will undoubtedly encounter people who do not have their feet on the ground during this period. They won’t care about being practical or working toward goals. They’ll just be floating from one experience to another. If you happen to be a practical type yourself, you’ll find yourself wondering how they ever manage to survive in this hustle bustle world. But there’s a lesson there about living in the now — if only for a moment.

This month’s Full Moon will occur on March 18 and will highlight the sign of Virgo. With the Virgo-Pisces service axis involved, this Full Moon presses us to find a balance between day-to-day functions and routines, physical health, and the need for order (Virgo) and vision, spiritual health, disorder, and the infinite (Pisces). Virgo rules the tools and techniques we use to deal with day-to-day life, while Pisces rules the tools we employ to manage our spiritual selves.

Some sort of crisis (which can be a crisis of consciousness) or sudden awareness provides us with a golden opportunity to explore our emotional needs where the Full Moon occurs in our natal charts. This Full Moon urges us to strike a balance between work and service, practicality and impracticality, criticism and acceptance. With the Moon full and bright in the sky, symbolic “illumination” occurs in our own lives.

During this lunation our new feelings and revelations are emotional ones, as there is a sense of emotions bursting forth into our consciousness. It’s time to express ourselves and to let things out of our systems. Over the next two weeks, we will discover what this means for us. This Full Moon harmonizes with Pluto, suggesting a healthy relationship with change and transformation. We want to better ourselves or our situation through the revelations occurring around this Full Moon. It’s a gently ambitious time.

The astrological New Year begins on March 20 as the Sun enters the first sign of the zodiac, Aries. This is a time to start anew, a pioneer spirit that wants to explore. Aries is a cardinal fire sign that springs upon us in a burst of exuberant energy – it is the doer, the initiator, the aggressor. The Sun is the source of all life in our universe. Without it, none of us would be here. It represents the desire to live, the craving to exist, the will to “make something of yourself”. When you combine that urge with the fire of Aries, there’s going to be a lot of physical activity going on.

To further enhance our momentum; on March 27 Mercury enters Aries as well. Mercury rules our thought process. It represents the speed with which we comprehend ideas and concepts, so when Mercury moves into the fiery sign of Aries, it marks a period of high-energy and frantic ideas flying around. Mercury also rules the nervous system. The sign it is in describes how fast or slow we want to carry the message from one place to another. Mercury in Aries moves impulsively from one fire to another. It’s like going to the Indy 500…and you’re the driver.

Have a productive month folks!