Powerful cosmic changes are in store this month as two eclipses and a few retrograde planets have us coming and going. At the beginning of August, Uranus turns retrograde in Aries and will be asking us to break old habits. At the end of the month, Saturn turning direct in Sagittarius permits us to make major life decisions and to set long-term goals. Between these two moments, Mercury retrograde in Virgo makes efficiency the most important goal. The biggest news in August is the two Eclipses which will set the wheels in motion for more dramatic change ahead. The Full Moon on August 7th is a Lunar Eclipse which focuses our attention on relationships of all kinds. The Sun opposite Moon qualities of emotions and instincts reach their peak at a Lunar Eclipse. This lets us take an objective and balanced look at our close personal relationships. Being in touch with our own needs and intentions, and those of others, we can clearly see any relationship imbalances causing disharmony.

This lunation represents a resetting of emotions, clearing away the emotional baggage of the previous six months. On the other hand the Solar Eclipse on August 21st points to bold, confident changes leading to long term success. Determined and sustained effort will bring the growth and happiness you desire. This New Moon in Leo aligns with the major fixed star Regulus to give ambition and adventure. This famous fixed star in the heart of Leo the Lion represents independence, pride, confident, frankness, bravery, malice and violence. While open minded and generous, Regulus wants to conquer and rule and to leave its mark before a successful challenger claims the throne. A Solar Eclipse with Regulus gives success, power, authority, influence, honor and wealth. However, envy and hatred from enemies can lead to trouble, violence and downfall so choose your battles wisely. 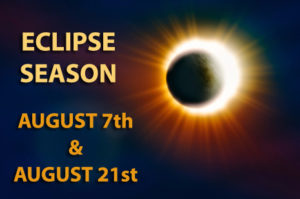 A positive link to Uranus makes this a six-month eclipse phase of anticipation and excitement. Like any New Moon, a Solar Eclipse represents the end of one cycle and the beginning of a new cycle. An eclipse cycle lasts for six months not a New Moon cycle of four weeks. The strongest and most important aspect in astrology is Sun conjunct Moon. It means all possibilities are on the table and you can rightly put yourself in the forefront of new plans for the future. Old habits, behaviors and beliefs can be questioned as you search for new and inventive ways to make progress. This is the ideal time to make a fresh start by writing a to-do list on a blank sheet of paper. This Solar Eclipse will compliment themes found in the August 7th Lunar Eclipse. Together they act as an eclipse phase which lasts until the January 2018 Lunar Eclipse.

Another major aspect that will be in affect occurs on August 4th when Jupiter square Pluto for the last time this year. Jupiter in Libra brings harmony in relationships; while Pluto in Capricorn is about changing social status and about the way you understand power and security. This aspect creates tension between the planets and it may be hard to balance career and family. It starts with recognizing your talents and finding ways to serve others by using them, while breaking old cycles.  Balance, peace, and joy are the fruit of a successful life. We’ll be going down memory lane once again on August 12th as Mercury retrogrades in Virgo. The mental energy of Mercury in Virgo loves analytical games. But when Mercury turns Retrograde in this detail-oriented sign, we tend to get hung up on looking at all the facets of every little dot and to forget about connecting them. We somehow get confused trying to get from one dot to another. During this period, we become totally immersed in the small wonders of what we see. Just don’t try to put the pieces together. You’ll have to wait until Mercury turns direct on September 5th for them to make any sense. 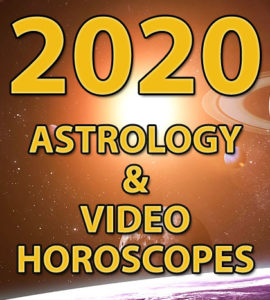