Hi Friends,
Here we are in month number two of 2021. This month’s excursion features some very dynamic alignments that will heighten our sense of excitement. First, we’ll have a rare pile up of planets in Aquarius, seven to be exact, including the New Moon…wow! Talk about futurist energy for humanity. We also have the first of third clashes between Saturn and Uranus, which is sure to bring some challenges and changes to the political arena. Venus and Mars will also be active around the same time frame to further the flames of change. And to top it all off, Mercury will be retrograde until February 20th. February will certainly shake things up and won’t necessarily be a walk in the park; especially for those zodiac signs who find it hard to integrate the Aquarian energy.

The month kicks off with Mercury—the ruling planet of communication, thought process, and commerce—starting its first retrograde journey of the year. But this is not your regular Mercury retrograde journey. What’s different about this transit is that Mercury will be meeting up with almost every other planetary body that will be part of this rare Aquarius stellium: the Sun, Venus, Jupiter, Saturn, and even this month’s New Moon on February 11th.

What this means is that the energy will be extremely focused on mental and intellectual pursuits, and rational thoughts, leaving little room or time for us to spend time on things like emotions or self-care. With Mercury retrograde we have a faint eye on the past while trying to figure out what the future holds. On the positive side, all this mental focus will help us adapt to the great amount of change that will be happening around us as a result of the Saturn-Uranus and Venus- Mars clashes happening mid-month. The structures of our society will be either morphing or collapsing as a way of dealing with the challenges of our times. 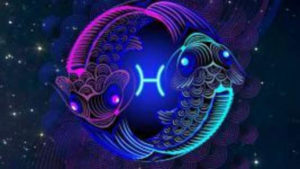 Fortunately, there is a beacon of hope in February as the luminous Sun enters the emotional waters of Pisces, balancing the elementary focus, if even for just a bit. By the time Venus, the planet of love and pleasure, enters mellow Pisces on February 25th, we will all be feeling a little more chill and grounded as we see the pleasantness of this planet-sign combo bring more magic into our lives.

Venus will begin her journey this month in Aquarius. After spending time with the business and reality of Capricorn, Venus is on the move again toward more fun and freedom. Her move into Aquarius brings a lighter and perhaps somewhat rebellious feeling. She knows exactly what she wants here, and it isn’t too stodgy about anything. While Venus makes her way through Aquarius she exudes an avant-garde beauty and the desire to bring fantastic new things into her life. This is a time when we can be independent and original without being abrasive about it.

This month’s New Moon in Aquarius on February 11th marks the beginning of a new cycle. The Capricorn New Moon cycle ends and the Aquarius New Moon cycle begins. In the sign of Aquarius, friendship, brotherhood, group activities, social pursuits, group projects, trying something new, humanitarian efforts or joining a group will be a strong focus. New beginnings regarding any or all of these matters are possible now.

This is a time during which we should solve problems that require thinking “outside of the box”; look to the future with a brand new, positive, and hopeful vision; brainstorm and socialize; focus on extending a friendly hand, receiving support, and expressing platonic love for those around us; give our emotions and passions a “break”, as we develop more objectivity and some detachment from past haunts; learn how something (or someone) works; revitalize ourselves through experiences that are new or simply different; reaching out to people in our social circle and in our community, and recognize the value of our friendships and social networks; recognizing that some level of detachment and distancing ourselves from our habits and attachment to the past will help us break away from destructive behaviors that are holding us back.

With this potent Aquarius energy, we have the chance to make some major leaps forward. An unusually large number of planets will be in Aquarius during this lunation. Besides the Sun and Moon, Mercury, Venus, Jupiter, and Saturn are also in Aquarius. It’s a particularly hopeful, humanitarian, and progressive line-up, although this lunation’s square to Mars suggests we should watch for impulsiveness.

The major alignment that stands out this month is the Saturn square Uranus on February 17th. Saturn square Uranus transit occurs about every fourteen years and can bring about change that we don’t want and must face. It’s a wakeup call from the past to the future. Saturn will dig in to its restrictive ways while Uranus will try to break free from old patterns. This transit makes it harder to make the kind of changes we want. This can be a very frustrating time of rising tension and sudden, unexpected changes. But it does not have to be that way. If you stay open-minded, patient and flexible, what at first seem like challenges, can be turned into opportunities to rid ourselves of negative, restrictive, and limiting things in our lives.

The saving grace this month occurs on February 18th when the Sun enters compassionate Pisces. This sign is a mutable, water sign. Mutable means changeable, flexible. Water has no shape of its own, yet it permeates everything and absorbs everything. Its power is deceiving and seductive. And so is the Sun in Pisces. As with the other water signs, when the Sun is in Pisces we tend to absorb the emotions of those around us. We don’t just understand how they feel, we feel what they feel. This is how we learn about compassion. But it can also be a tremendous burden, for not only do we lose ourselves in the process; we want to fix the problems. We can take on responsibility for the whole world if we’re not careful. While the Sun is in Pisces, it is important for us all to take some time alone, to recharge our own batteries, and to find ourselves again.

The following day, on February 19th, Venus squares Mars. In mythology Venus and Mars represent the cosmic lovers, one wants peace and love, while the other is all about conflict and war. Venus square Mars transit is a difficult alignment associated with anger, a lack of self-control, and impulsiveness. So if you are already an impatient or aggressive person, try not to lose your temper if you face rejection. Compromise will help avoid hostility, but a tendency to agree to anything just to get your way could lead to loss and regret. There are other ways to safely express this conflicting energy. Physical tension can be released in productive ways like through sport, exercise, and/or sexuality. You could also channel this energy into creative work like sculpture or dance. 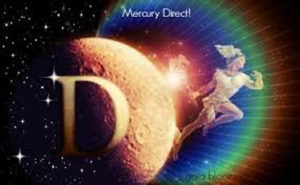 A bit of clarity returns on February 20th as Mercury goes direct in Aquarius. A breath of fresh air sweeps in to clear our minds and set our ideas free. We’ve been dealing with building the concepts and putting things together for a long time now and we’ve finally got it together. The house in your chart where this change of direction falls will tell you what your own unique masterpiece is about.

Consideration and compromise return to our relationships on February 25th as Venus enters Pisces. Whenever Venus moves into the compassionate sign of Pisces, we have some time to feel the purest kind of love — gentle and sympathetic as demonstrated by giving. We get a little soft in the heart and our focus shifts to caring for those who are unable to care for themselves. The Pisces energy relates to dreaming and romanticizing. With Venus here we tend to imagine the perfect relationship in a fantasy prone environment. During the period that Venus spends in Pisces, we all have an opportunity to reach out and enfold our world with love. Don’t just think about it. Do it!

Last but not least, this month’s Full Moon will occur in the analytical sign of Virgo on February 27th. This lunation will bring to light all the small details of the past month. It’s a time of culmination and the promise of fulfillment of that which was started at the New Moon. It is an emotional time – a time of fertilization, utilization and relationships.

With the Virgo-Pisces service axis involved, this Full Moon presses us to find a balance between day-to-day functions and routines, physical health, and the need for order and vision, spiritual health, disorder, and the infinite. Virgo rules the tools and techniques that we use to deal with day-to-day life, while Pisces rules the tools that we use to deal with our spiritual selves. Some sort of crisis (which can be a crisis of consciousness) or sudden awareness of a lack in our lives provides us with a golden opportunity to explore our emotional needs versus the needs of others.